The topic ‘XStore: Suggestions and proposals’ is closed to new replies. 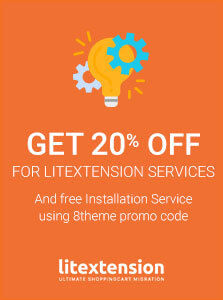 We use cookies to ensure that we give you the best experience on our website. If you continue to use this site we will assume that you are happy with it.ok
Are you sure ?
yes
cancel

The message was successfully sent

Thank you for your opinion!
Our mission is to help Internet businesses and their customers interact in a way that mirrors real-world customer experience: personal, human, and fun.
$0.00
0
Shopping Cart:
Total:
$0.00

Your shopping cart is empty

Upgrade your subscription
Sorry, but your subscription plan doesn't include access to the support forum. You need to buy a higher package to be able to get started now!
upgrade now!
comfort
$10,89
Per Month

You may extend support period on ThemeForest and then update its status by clicking "Update" button in your Account area.